At Vastrap, we believe that bull performance tests are an important complement to other criteria in our bull selection. For the past five years we have put all our bulls through an official Studbook on-farm Phase D growth test under extensive conditions. It is notable that more than a third of all Boran bulls that undergo performance testing through Studbook are Vastrap bulls. As a result of our rigorous data collection and record keeping, we were awarded Elite Gold certificates by Studbook in 2014 and 2015, and the David Green Memorial trophy for the best managed medium-sized Boran herd in South Africa in 2015. We were runners up in the Boran Society award for the best managed large herd in 2016.

We believe that rigorous selection criteria, which include performance testing contribute to the betterment of the Boran breed. We strive to breed and select hard muscular bulls that are broad in the chest, have strong straight backs and are highly adaptable. We only sell our bulls at 3-years of age so they are 100% ready to work!

The Studbook on-farm growth tests allow us to rank each bull against its peers using a range of calculations derived from measurements such as average daily weight gain (measured over 6 months); fat layering on the rump and rib; marbling on the sirloin and sirloin size; length and height of animal; skin thickness and scrotum circumference. The measurements of meat yield (scans of the major muscle groups) can give an indication of the muscularity of a bull, which is an important trait in our opinion. Another really useful aspect of the tests is that the performance of the young bulls links back to their fathers, which allows us to track the breeding performance of our main stud bulls.

However, performance testing is not the only factor that influences our bull selection, structural conformation and genetic variation are also critical. Our bulls go through a three-step process of evaluation in an effort to offer only the best quality. First, Studbook performance testing on veld conditions. Second, inspection by the Boran society to eliminate those with structural faults. And lastly, a more detailed inspection and grading by a group of fellow Boran breeders. After each evaluation round the poorest performers are slaughtered. By doing this we endeavour to provide bulls that will be good ambassadors for both Vastrap Boran and the Boran breed as a whole.

Click on the link for more information about current avaible Boran Bulls for Sale.

Below are photos of some of the most impressive bulls bred at Vastrap over the past few years. 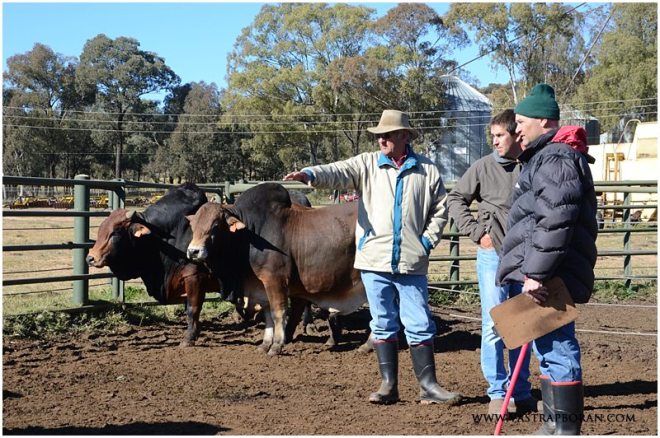 Visual inspection of our 3 year old bulls for the 2016 Vastrap Auction. 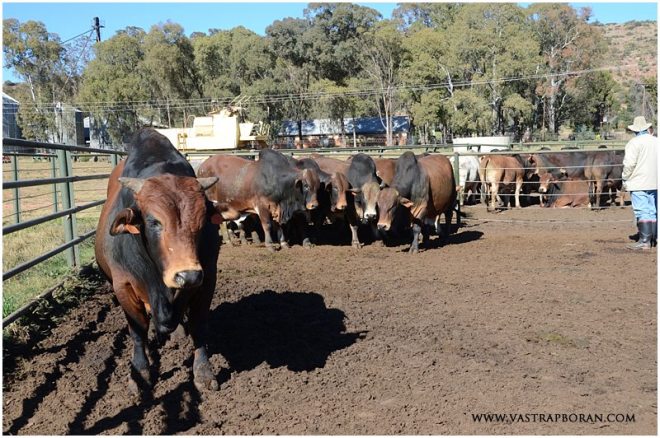 The video below shows a visit to Vastrap by Gerdus de Klerk from Studbook who conducts the growth tests on our bulls.

Bulls are selected on their performance against each other on veld conditions and only then prepared for auction. 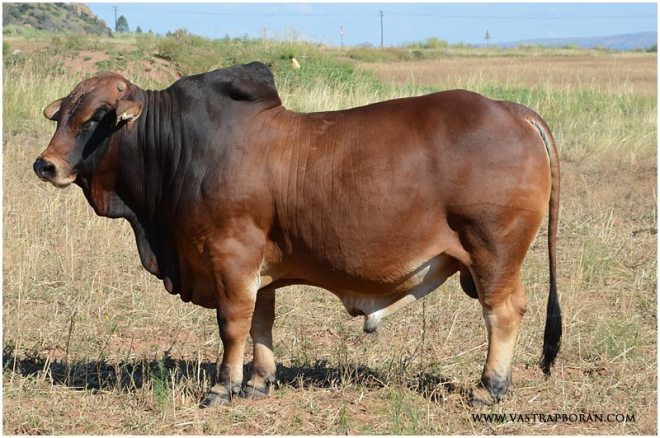 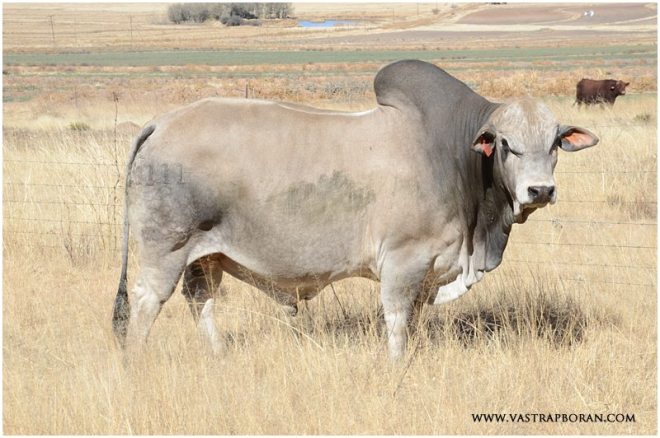 Up close with the Vastrap Boran herd