The Boran breed developed after the introduction of Bos Indicus cattle to Africa after the Arab invasion of East Africa in about 700 AD. The breed gets its name from the Borana plateau in Southern Ethiopia, a region with harsh high altitude climatic conditions and frequent drought. Its composition is 24% European Bos Taurus, 65% Bos Indicus and 12% Africa Bos Taurus.

Boran are humped medium-framed animals with sound muscling and large capacity for size. They are beefier than other indigenous breeds like the Nguni and Afrikaner and are able to store energy in the form of fat, which stands them in good stead during droughts and other challenging climatic conditions.

The Boran is resilient to African conditions and ideally suited for producing high quality meat with low input costs, a crucial attribute in the production of organic grass-fed beef. It can be successfully fattened off the veld thanks to its tremendous rumen capacity, ease of movement over harsh territory and browsing ability. They are not picky eaters and can happily graze on sour veld and fynbosveld that is usually unacceptable to other breeds.

The Boran has been a pure breed for 1300 years, which his gives it greater hybrid vigour in cross-breeding programmes than modern compound breeds. DNA tests have proved that the Boran are not related to any other beef breed.

Indigenous Boran have many benefits for commercial farmers: high resistance to ticks, biting insects and disease; maintaining condition during drought; protection from predation and theft due to its strong herd instinct; good temperament, strong mothering instinct, high fertility and longevity. They have good, dark pigmentation and strong eye banks which protect them against the sun, dust and Moraxcella Bovis-eye infection.

They have a thick, loose and elastic skin with a smooth, glossy, oil rich coat, which makes them more resilient to tick-carrying disease and relatively low maintenance. Veld studies have shown that Boran have less ticks than other breeds grazing in the same area. A high density of sweat glands makes them very heat resistant, but at the same time they also do well in cold climates.

They have a very strong herd instinct which which helps to protect individual animals and the whole herd against predators. It also makes for easier farm management when the herd stays together in a tight group, rather than being scattered over large areas, particularly in mountainous areas.

Trials in Nebraska, America have shown that the Boran and Boran-crosses consistently perform better than other Zebu-breeds in terms of meat tenderness, marbling and eye-muscle area.

The Boran breed is rapidly becoming more popular in South Africa. There are now 400 breeders and 37 300 registered animals in the country.

The Boran breed developed after the introduction of Bos Indicus cattle to Africa after the Arab invasion of East Africa in about 700 AD. The breed gets its name from the Borana plateau in Southern Ethiopia, a region with harsh high altitude climatic conditions and frequent drought. Boran are humped medium-framed animals with sound muscling…

END_OF_DOCUMENT_TOKEN_TO_BE_REPLACED 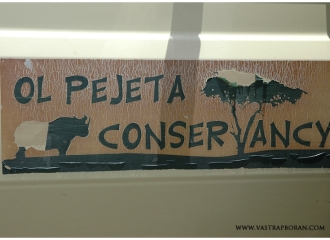 Quentin wrote this article about his first visit to Kenya to learn more about Boran cattle in September 2010 with Stompie Olivier. The article was published in the Boran Journal, 2011.

END_OF_DOCUMENT_TOKEN_TO_BE_REPLACED

2 thoughts on “Why the Boran?”